How do I write story beats in fiction writing?

I sit down, crack open a brand new notebook, and then proceed to write the name of my newest book on the cover. This is it. The moment I’ve been waiting for.  I flip to the first page and draw a singular roman numeral I, and then a period. Outline time. For months, I’ve plotted out my book in my head and am ready to write a shell of an outline. I used to not be this way. I used to write page after page, no plan in sight, and let the story write itself. Now, some horrible hybrid of outlining and story beats has taken over my process.

What the heck are story beats and how do I use them?

Story beats, by technicality, are the smallest moments of a novel and the best way to use them is to create an outline for your book. By combining traditional outlining methods and story beats, you will speed up your writing, your book will be on shelves faster, and your story will be more cohesive. Everyone remember the plot pyramid? Dozens of story beats fit into each of the major points on the plot pyramid. These little beats change the course of any story dramatically, bringing new conflict into your characters’ lives (as if there wasn’t enough conflict already). They’re what keep your audience gasping in their seats, whether you’re writing a novel or a screenplay. Story beats can be used to get your book on track when you’re writing and you feel your story’s flown off the rails.

Still confused? Here’s an example of story beats I’ve used to write Braidy von Althuis and the Pesky Pest Controller. I’ve removed all the fluff and left only the beats.

This may seem pretty short, but these story beats were used for a middle grade novel. I tend to include three or four major beats per paragraph in my middle grade work, but some authors who write adult fiction include anywhere from ten to twelve. How many beats you include will determine the word count for your book, so use them wisely when writing genres for younger audiences.

Where should I stick story beats?

Everywhere! Stick them everywhere! Like peas in shepherd’s pie! When I write an outline, I create some horrible Franken-hybrid of story beats and Joseph Campbell’s Hero’s Journey. With these two things combined, we get plot points that look like this:

I love using the hero’s archetypal cycle as the base and then stuffing little story beats underneath them. I find the Call to Adventure, Threshold, and Rising Action act as solid pillars for the little beats to stand on. The major chunks of my outline denote the theme of the entire section and the beats flesh them out.

When should I use story beats?

Not everybody is a story beats kind of person. I used to be that way. In the writer community, there are two distinct groups of writers: planners or pantsers. I’ve never really used this because I don’t believe the community is that black and white, but legend states there are two types of writers. If you are a planer, you pledge your allegiance to House Notebook and Lord Outline. These writers are like me. We use some form of planning, no matter how thorough or how rough. Planners have sworn an oath to House Screaming and Running Around on Fire. They plan nothing. They charge into battle armed only with a word processor and a vague idea of what feels right.

Both of these methods are 100% acceptable, and I employ a little bit of both. I think if you rely too heavily on outlines and beats, your work has the chance of becoming flat. The little muse that lives in your head knows when the best time is to throw something dramatic in. I often tell people that my characters write themselves. Despite knowing the course of the ship, I can’t stop a storm if it rolls in. Be flexible, but use tools like story beats to write a book at the speed of sound.

Why should I even bother with story beats?

One word: continuity. One of the most irritating things for me when reading a book is finding a HUGE plot hole. Wasn’t that jacket the character was wearing orange before? Didn’t that gun get left on the boat? Worst. Worst ever. Don’t be this guy. This is where story beats can come in. By making notes as to where characters leave their stuff, you can avoid nasty story spills.

Also, I’m sure you don’t want to take four years to write your next novel. Many writers waste SO MUCH TIME stuck. Trust me, I’ve been there. You feel like your story just doesn’t feel right, is too boring at the current moment, or isn’t going anywhere. Story beats can act as the WD-40 for your brain and unstick that creative gear. By having some kind of waypoint, your writing process becomes less “blind leading the blind” and more “blind with occasional x-ray vision leading the blind”. While it may seem tedious to plan it beforehand, remember: you don’t even have to follow your own rules. Just because you write it in the outline does not mean it is solidified in stone. A hermit didn’t bring it off of the top of a mountain for you to follow. Bend the story like a bamboo reed. It flexes as the characters take their lives into their own hands.

Story beats saved my life. My first novel was an utter disaster because my beats were unevenly paced, not interesting, and all over the place. By going forward, writing outlines with vague story beats before the book even starts, I can assure my book’s success. And that’s what we all want, isn’t it? You want to actually finish your damn novel. You can’t find the pirate treasure without a treasure map, and that’s exactly what story beats are for you as a writer. Taking just a day to vomit some semblance of an outline onto a page takes no time at all. You’re not taking away anything from your book by doing a little bit of planning.

Writing to me is like painting. Sometimes you take a masterly approach, underpaint your canvas with acrylics, spend hours perfecting that face in oils. Sometimes your cat is a huge jerk, walks by your canvas, tips over an entire bucket of paint water and turns your da Vinci into a Monet. And that’s okay! Some of the best masterpieces come from accidental mistakes. Just because your book doesn’t follow your outline word for word doesn’t mean it’s bad. The opposite is also true. Just because your book follows the outline that you’ve set forth doesn’t mean it’s bad. Loosen up. Drink some tea. Get jiggy with it, and use your story beats to finish your novel already! 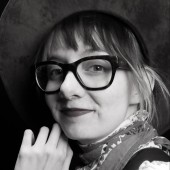 How do I write an outline?

How do I find my writing voice?

How do I set good writing deadlines?

How do I write my first bestseller?